Graphic designer Virtue Oboro has had every mother’s worst nightmare. The Nigerian mother had a traumatic experience when her son, Tombra, was diagnosed with jaundice, a common condition that affects more than 60 percent of newborn babies worldwide. Aged just 48 hours, Tombra was rushed to hospital for emergency treatment after suffering from a buildup of bilirubin, which causes yellow skin and irreversible health problems including hearing loss, visual impairment, brain damage and cerebral palsy. In rare cases, it can also lead to death.

Many cases are mild and may resolve on their own, while more severe cases require phototherapy, where babies are placed under blue light. Blue light phototherapy is a fairly simple and widespread treatment in many developing countries. In some places, however, access to the necessary equipment is not always possible. Tombra’s case was quite serious, but the Oboro hospital had no phototherapy equipment. The family waited four hours as her condition worsened. Eventually, he received a risky emergency blood transfusion that bought him valuable time until a phototherapy unit became available.

Despite several obstacles, her son made a full recovery. However, after this experience in 2015, Oboro was a changed woman. The experience was traumatic for her, but inspired her to redirect her professional career. “I felt like some of the things I had been through could have been avoided,” she says. “I thought, is there anything I could do to ease the pain of babies and mothers?”

Now the visual designer is ending childhood illness in an effort to help prevent this terrifying situation from happening to other mothers. His new tech startup, little heartsmanufactures solar-powered cribs called ‘A’glow nursery. The low cost portable and deployable phototherapy unit is powered by the sun. The light rays from the unit focus on the baby’s body to ensure maximum effectiveness while the LED lights prevent skin burns, dehydration and rashes, which can be some common side effects of these devices. The affordable treatment costs one-sixth the price of a traditional phototherapy crib and is made in its native Nigeria. 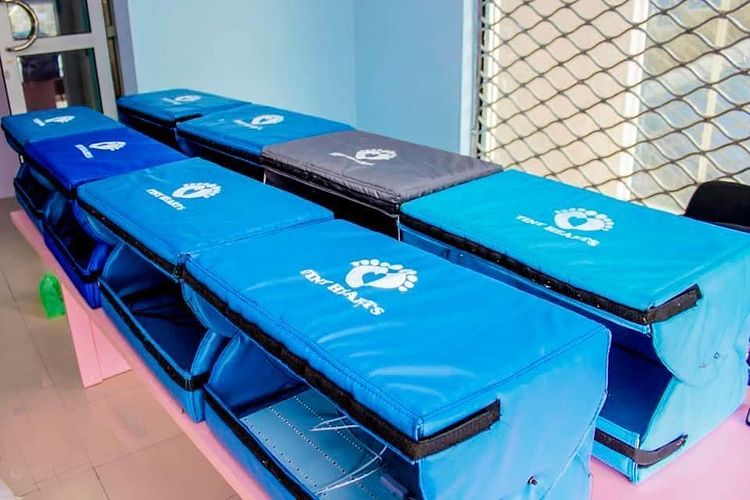 The award-winning design came with some difficulties in the medical technical aspects. However, Oboro worked with a pediatrician to ensure the device was safe and up to current phototherapy standards. Her husband was also on hand to help as he had worked with solar panels before. The crib’A’glow innovation received grants including $50,000 from Johnson & Johnson Africa Innovation Award—and most recently, the device was selected as a finalist for the Royal Academy of Engineering Africa Prize 2022.

It has been reported that in low- and middle-income countries, infants are 27 times more likely to suffer brain damage from jaundice and 119 times more likely to die than in high-income countries. Today, crib’A’glow is present in 500 hospitals across Nigeria and neighboring Ghana. Already the bassinet has been used on 300,000 babies and Oboro says another 200,000 babies have been helped through collaborations with rural health workers and education programs, teaching mothers the symptoms of jaundice – the most often yellowing of the skin, whites of the eyes and mouth. The company is looking to expand its efforts to other countries in sub-Saharan Africa.

The crib can also be used at home by parents living in remote areas with limited or inconsistent access to electricity. Because it’s portable and solar-powered, the demand for cribs has skyrocketed during the COVID-19 pandemic. Many parents wanted to avoid hospitals and care for their newborns at home. Oboro says she feels “lucky and grateful” that Tombra survived. From now on, his mission is to fight against jaundice in newborns and “save a hundred and one more babies”.

Nigerian designer and mother Virtue Oboro is working to end jaundice in babies by designing a solar-powered cradle for treatment. 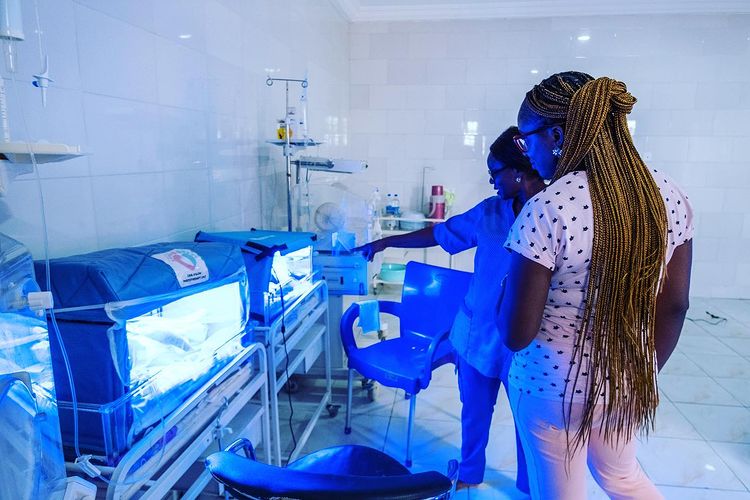 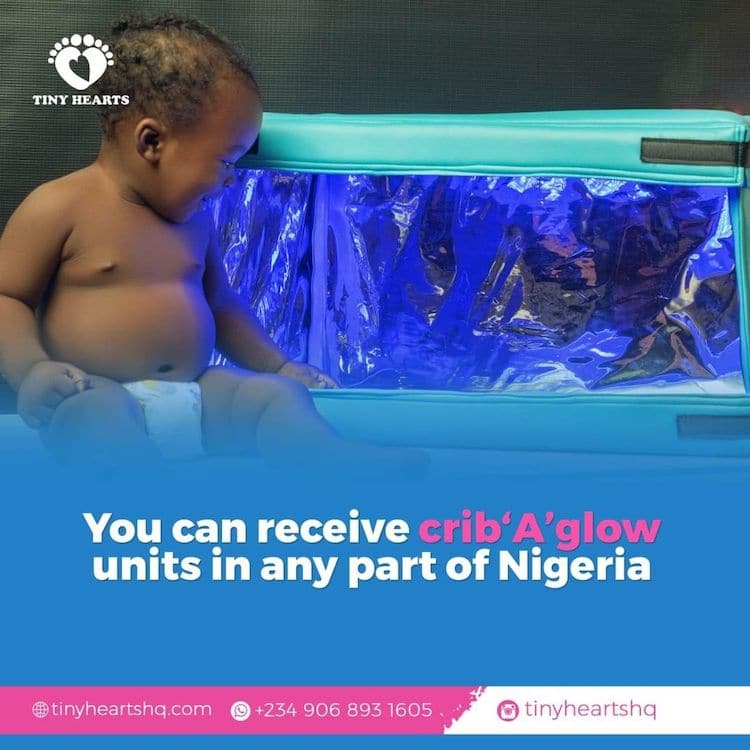 All images via Tiny Hearts.