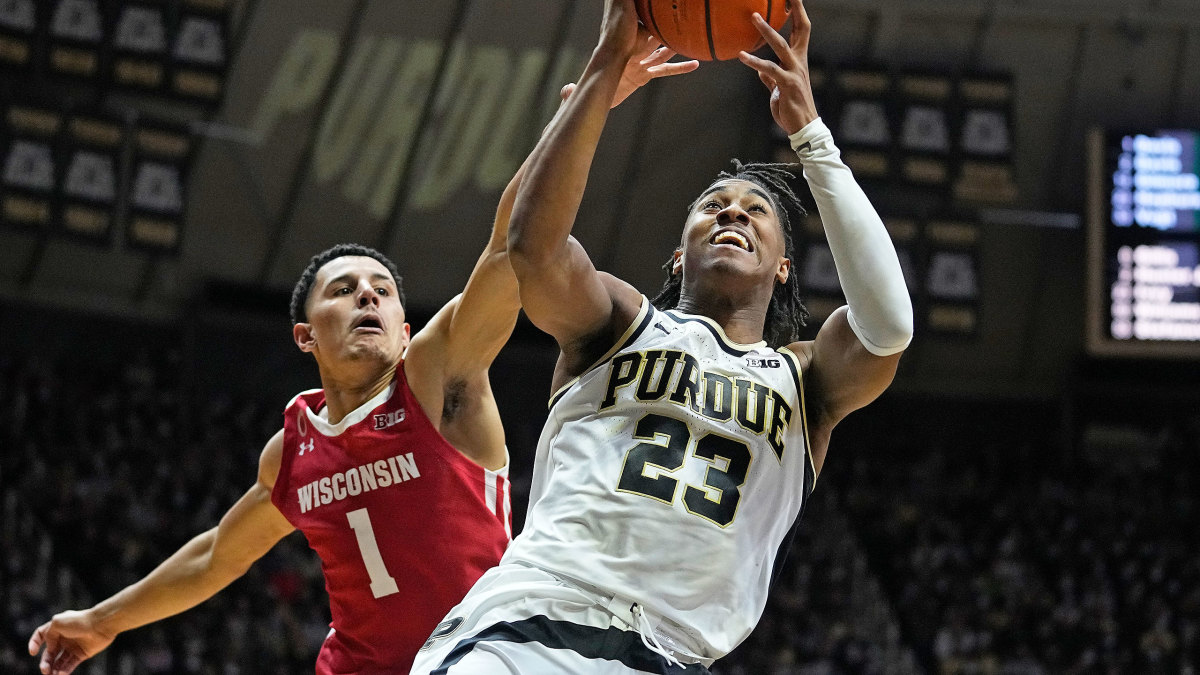 Welcome back to Sports Illustrated college hoops weekly mailbag with Kevin Sweeney. Here, Kevin will answer questions submitted via Twitter and email on a variety of sports topics. Have a question you’d like answered in a future post? Send it to @CBB_Central on Twitter or [email protected] (questions about men’s or women’s basketball are welcome!). Without further ado, let’s get to your questions, which have been slightly edited for grammar and clarity…

Mast asks: Besides Texas not being good, what was your biggest surprise in the Big 12? How many offers can they get with teams like TCU/OU on the bubble?

Iowa State’s surprising season has been well documented, but I think a tangential point to ISU’s very impressive start is that the Big 12 doesn’t have a bad team. In the preseason, I was expecting a clear bottom three result from TCU, Kansas State, and Iowa State in some order. I was higher on TCU than most, but I still thought it was, at best, an NIT team. Instead, these three teams have been competitive, making the Big 12 gauntlet even tougher than normal.

Right now, all 10 Big 12 teams are in KenPom’s top 62, with TCU the worst at No. 62. In the NET, K-State is the worst at No. 64. That means every game on road to league is a Quadrant I game. Based on these KenPom rankings, every Big 12 team would be an ACC and Pac-12 first half team. It’s an incredibly strong league right now from top to bottom, with only Oklahoma State not in the mix for an NCAA Tournament bid (and that’s because the Cowboys aren’t eligible).

Right now I’m going with seven offers, with TCU and K-State short. Eight wouldn’t surprise me at all though.

Arielle asks: What should Texas do to change things?

For a team I picked No. 2 nationally in preseason, a lot has gone wrong for Texas. With less than eight weeks to go, his best win so far is a home win against Oklahoma. That’s a problem, and while the Big 12 will certainly provide the Longhorns with more opportunities, they’ve undoubtedly been a significant disappointment.

I think it’s obvious at this point that the chemistry isn’t great, especially in the backcourt. Andrew Jones, Courtney Ramey and Marcus Carr never really seemed to get along on the offensive end, which created major problems for the Longhorns. I also think I overestimated the talent of this team – it’s largely a collection of guys who have never won before and don’t do very well when they’re not starring on offense. Still, while the roster isn’t as good as I thought, there are enough here to be better than the Longhorns.

I think the best offensive player in Texas is Tre Mitchell. To fix this team, I would try to play through him as much as possible and surround him with guys who can shoot. Dylan Disu hasn’t been himself since being released mid-season, but he would be a big part of my formula as a pure ground spacer.

That said, I think the biggest fix will come in the future, and that comes with Chris Beard taking on more ‘program’ guys who are going to be 100% bought into his culture on both sides, like what he had at Texas Tech. The best collection of talent doesn’t win in college basketball, the best teams do. And right now, UT feels more like a collection of talent than a team.

Henry asks: What is the best team in the Big Ten? And why is it Wisconsin?

I have to say that I’ve been more impressed with the Badgers every time I’ve seen them play. I’ve watched Wisconsin in person five times this season — three times in Las Vegas in November, at Mackey Arena against Purdue to open in January, and earlier this week at Welsh-Ryan Arena against Northwestern. What stands out is that the Wisconsin cast seemingly got better around Johnny Davis in every game I watched. Brad Davison was a household name heading into the season, but he’s become more efficient. Tyler Wahl has become a reliable inside option and is one of the most underrated players in the country. Chucky Hepburn had a great game on the offensive end against Northwestern. Chris Vogt and Steven Crowl provided good minutes inside. It’s a cohesive, fully-bought group around Davis, who is expected to be the National Player of the Year.

If your question is who is the best team in the Big Ten, I still think the answer is Purdue. His offense is explosive, he’s got more guns than anyone else, and that road win in Illinois allayed a lot of my worries about the Boilermakers on defense. That said, with a two-game lead over Purdue and a road win at Mackey already in the pocket, the Badgers should be considered the favorites at this point in the conference.

Liam asks: how many teams can win the Big East? Will we see another 2019-20 situation with a share of the title?

Liam shrewdly points to the 2019-20 Big East race, which ended in a three-way tie for first place between Creighton, Villanova and Seton Hall, with Providence just behind them in fourth. I don’t necessarily expect another tie like that, but Villanova’s Wednesday home loss to Marquette certainly brings the Wildcats back into the pack in a crowded conference race. The other thing to consider regarding a potential tie is that there is no guarantee that each team will play 20 league games due to COVID-19 concerns. It could certainly complicate things.

I still think Villanova is the favourite. The Wildcats have struggled with teams that have elite athleticism and length, and Marquette used that to his advantage in what was a huge road win for the Golden Eagles’ Big East prospects. I think Providence, UConn and Marquette all have a real shot at winning the league. That’s not to mention Seton Hall or Xavier, who have looked like the best teams in the conference at times but now have tough battles to win it thanks to Xavier’s 0-2 season streak against Villanova and Seton Hall dropping a few games, he probably shouldn’t. have coming out of a COVID-19 break. It’s a hectic league right now, and the last six weeks or so of the regular season should be a lot of fun as everyone goes for the top spot.

brian asks: Can Darius McGhee make an All-America team? What must happen the rest of the way for it to make the cut?

I’m grateful for this question because it gives me a platform to talk about how ridiculously awesome Darius McGhee has been this season. The Liberty senior guard is just 5-foot-9 but could be the leading scorer in men’s college basketball. He’s fourth in the nation in points per game at 23.0 per game, but that understates what an explosive scorer he is due to Liberty’s slow offensive pace. He scores over 44 points per 100 possessions, which tops the nation’s leading scorer Antoine Davis (Detroit) by more than six points per 100. Darius notched 48 of his team’s 78 points in a win (in regulation ) on the Gulf Coast of Florida this past. weekend, his second 40-point game of the year. And most impressively, he does it efficiently, shooting 60% from two, 40% from three and 89% from the line.

Liberty is 95-23 in McGhee’s four-year career. It was among the three winningest teams (by percentage) in program history. And he is the sport’s top scorer. Darius McGhee rules, and we can only hope he gets the recognition he deserves from voters across America. The good news? McGhee has a great chance to return to the NCAA Tournament one last time and scare off a high seed in March.